Infidelity Now and Then

Infidelity Now and Then 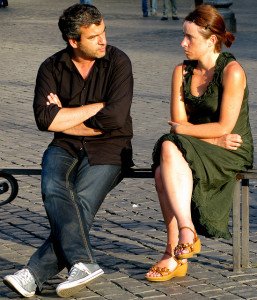 In the wake of the Ashley Madison leak, I got a lot of questions from friends and colleagues about the extent of the infidelity problem in America (at least, for those who consider it a problem). I don’t know that I’m really the best person to answer that question given that people usually don’t come to see me when they are having no issues in their marriage or relationship, but I must say, at least from my perspective, that the problem is rampant. In fact, the majority of all the couples cases I work with involve issues of infidelity. Sometimes it’s not the initial problem they present with, but even in cases where that doesn’t appear to be the major issue, cheating has often been present. It’s pretty popular, it seems.

The next question people like to ask me is whether adultery is more prevalent than in the past, which certainly looks and feels to many as if it is the case. My answer to this is a resounding “I don’t know.” On one hand, the internet has certainly made a partner easier to find. There are numerous cheating sites out there, so that, whereas before, you actually had to know someone before deciding to have an affair, nowadays it’s fairly easy to decide to have an affair and then meet someone to do it with! Of course, prostitutes were always available – they don’t call it the oldest profession in the world for nothing – but visiting a prostitute is not exactly the same as having an affair with your coworker or your husband’s friend (although it may be equally effective in destroying your relationship).

In addition, online cheating is definitely new to this century. (Don’t fool yourselves, folks. If you’re having cybersex, exchanging dirty pictures, etc., it’s still cheating, and your spouse probably isn’t going to like it. See this post for more on this issue.) So perhaps the ease of access might be causing an upswing in adultery. Other factors contributing to this are the advent of texting, social media, and the internet-in-your-pocket-at-all-times smartphone. Whereas before you had to get a motel room or possibly settle for the house phone when your spouse wasn’t around, now you can cheat on your significant other while waiting for the bus! Ah, technology.

But let’s look at the other hand. Sexual desire has always been around, and in good supply. Unhappy marriages have always been around too (though the concept of marriage as a source of happiness is really a pretty new phenomenon – more on this perhaps in a future post). Look, the Ten Commandments don’t contain a Thou Shalt Not on adultery for no reason. Why, you thought you invented it? Not so.

While being sneaky might be easier these days, it’s hard for us to really imagine what life was like for most of human history. If someone was out of earshot, there was no way to communicate with them. Men went out to the field or the city to do their work; women stayed home. There was no expectation of communication between them; how hard would it have been for a guy to skip work one day and head over to the neighbor’s house while the Mr. was out and the Mrs. was in? Probably not all that difficult.

I’m not a scholar in this area. I just know people. I don’t think the human needs for connection, romance, love, excitement, or sex have diminished much since humans were invented. So while I can’t say for sure, my inkling is that the problem is as the problem was. People cheat. They break hearts and homes and lives. Perhaps the more significant difference is that now there’s a profession of people like me who can help fix them.

Disclaimer: this may be obvious, but I don’t encourage infidelity. Especially if you’re hoping for a solid relationship with your partner/spouse, this ain’t going to get you there.

Learn more about our work with couples and infidelity here.