When Is Couples Counseling a Bad Idea?

When Is Couples Counseling a Bad Idea?

As you may have guessed, I am a big believer in marital therapy/couples counseling. I think it is helpful for a lot of people, and I think many folks would be much happier if they sought it out. However, there is an important exception to this claim, a situation in which couples counseling is not recommended, and that is in a case where there is active domestic violence going on. The reason for this is that in such a situation, experience and common sense tell us that joint therapy puts the victim is at greater risk for abuse.

Couples therapy depends on open communication between the 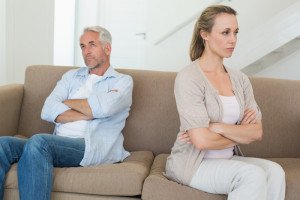 three parties in the room. If a victim is afraid to say what is on his/her mind, then little can be accomplished. S/he knows what s/he can expect if s/he discloses his/her partner’s abuse – often a violent, escalated reaction – and thus must remain silent and compliant. S/he may agree with the abuser’s claims that “everything is fine” or that the victim is overreacting, secretly wishing that the therapist will somehow recognize the truth. Even if the abuser asks for the victim’s thoughts and comments, the victim may not feel safe enough to share them; no progress can be made.

In addition, abusers are often notoriously good at pretenses. An abuser may convince the counselor that things are not so bad, or that s/he is actually the victim. Or, s/he may admit wrongdoing and present as totally ashamed and remorseful, promising change and repentance, only to return to violent behaviors literally right after the session. S/he can also be quite successful at making the victim look like “the crazy one” and turning the focus of the session to “fixing” him/her. Even seasoned therapists, including those specifically trained in domestic violence (as I am), can be hoodwinked by a good actor.

In short, while couples counseling can be very helpful to the vast majority of couples – even those whose relationship is not on the rocks – it is not helpful, nor is it safe, for couples experiencing ongoing domestic violence.