After the Affair: The Importance of Coming Clean Entirely

After the Affair: The Importance of Coming Clean Entirely

When someone has an affair and is discovered or comes clean on their own, their instinct is often to soften the blow and/or minimize the damage, especially if they still care about their partner and want to cause the least pain possible. As a result, they will reveal only a part of the information, or no more than what has already been found out. The thinking is that more information will only hurt the betrayed partner more, and why do that to them? 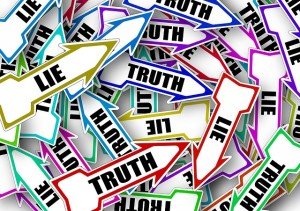 he only way to repair the problem is to come clean – fully. In the same way that the betraying partner believed they could cover up the affair but found they could not, so too eventually the additional information is likely to come to light. (Maintaining a string of lies, as they have no doubt discovered, is very difficult.) And while the sting of knowing there was more to the affair is perhaps less than the shockwave caused by the initial revelation, the damage done to the trust in the relationship is actually far worse.

The reason for this is that the discovery of the affair breaks the bond of trust that was (hopefully) there before; but there is nonetheless a mechanism in a relationship to achieve forgiveness and repair – this involves a process of apology, regret, change, and so on. If a couple doesn’t feel they have such a mechanism or can’t effectively use it, well, that’s what we’re here for – we help couples navigate the process.

The Consequences of Continued Dishonesty

However, when someone cheats, says they are sorry, promises it won’t happen again, etc., and then turns out to have been hiding yet more information, or even explicitly lying by saying “that’s all that happened” – now they have broken not only the bond of trust again, but they have also broken the mechanism for fixing it. This is very bad for the relationship. It becomes extremely difficult (though not impossible) to repair from that point. The constant undertone in the mind of the betrayed partner sounds like “well, last time when s/he said I’m sorry/it’s over/that’s the whole truth, s/he was in fact lying again; how to I know that this time is any different?” The cheater has destroyed the strength of their word; they are trying to pay with a bill that has no value; they have broken the repair mechanism.

Therefore, it is very important for penitent cheaters to be aware of this.

If and when the time comes that the affair is revealed (and that is a subject for a different post), it is absolutely vital that the whole truth be told at that point. It doesn’t have to be all in one breath; it doesn’t even have to be all in one sitting, as long as they don’t give their partner the impression that “that’s all there is.” But they must come 100% clean in order to be able to repair the break they have caused in the relationship. If they don’t, then repair will become much more difficult down the road.

Learn more about our couples counseling for infidelity issues here.