News broke last night that a former coworker of mine at a community mental health agency was busted for sexually abusing (and filming) a 16-year-old boy whom he was treating. This was mildly shocking, as we were buddy-buddy in the office, and he was an awfully sweet kind of guy.  (As if this is all not bad enough, he actually was a presenter for the sexual abuse program I used to run in New Jersey.)

But the shock really only lasted about a minute. As a sexual abuse prevention educator, one of the big take- 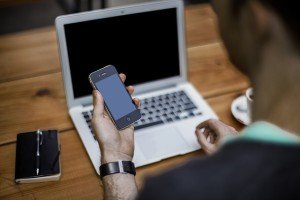 aways I try to convey to everyone I teach is that you just never know who is going to turn out to be a predator. Sometimes when a guy is caught, you’ll have people saying, “Oh, gosh, yeah, he was always kind of weird and creepy like that.” More often, though, it’s this very kind of situation, where nobody had any idea or suspected a thing. All my other friends from the agency are pretty surprised as well (emotionally, at least – in their minds, I think most of them recognize the “it could be anyone” reality). After all, being a successful child molester requires gaining trust from your victims (and the adults around you), and it’s hard to get people to trust you if you’re not a nice guy.

This is why the main thrust of child sexual abuse prevention is not about learning to recognize or profile potential abusers. It’s simply impossible. There is no profile of an abuser – they are men and women, young and old, educated and simple, single and married, with and without kids… and on and on. We are not going to stop this from happening by doing better background checks (most molesters who are caught do not have a previous criminal record of any kind), developing stronger screening tools (abusers can learn to beat any test), or implementing stiffer penalties (most abusers aren’t getting caught and assume they won’t be). Rather, we need to heighten awareness of the dynamics abuse among adults and children.

Adults needs to learn to spot the behaviors that are questionable – those that go into grooming of victims, including gift-giving, special attention, spending extra time together, and more. Children need to be taught body ownership, so that they recognize immediately when someone has violated their personal integrity – if you take a kid’s candy bar away, s/he will protest immediately: s/he knows it belongs to him/her and does not want anyone else having it. That’s the kind of reaction we should raise them to have when someone touches their body in private places – “that’s mine and you can’t have it!” Children also need to learn the skills to tell someone if this should happen to them. We cannot guarantee that kids won’t be intimidated, coerced, persuaded, or tricked into allowing violations of their body; but if they are taught to recognize them as violations and how to tell a trusted adult, the damage done can be greatly minimized. (One study found that the single variable that made the biggest difference in subsequent negative consequences to the victim was the length of time that the abuse was kept secret.)

This is obviously a very abbreviated discussion of what it takes to protect our children from abuse. If you are interested in bringing sexual abuse prevention to your community, please be in touch with us. We’d love to bring a training to any organization you think could benefit.

This entry was posted in Blog and Tags: sexual abuse