To Give and To Get: A Relationship Formula

To Give and To Get: A Relationship Formula

This is a guest post by a colleague of mine in Chicago, Josh Hetherington of the Northside Center for Relationship Counseling. 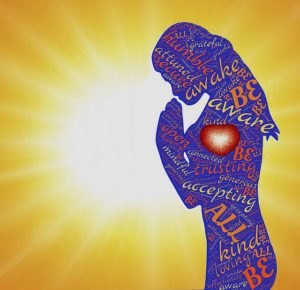 Relaxation is not the goal. The goal is practicing the skill of focusing your attention and feeling that you have some control over your thoughts. This practice is derived from Buddhist meditation. Here’s a decent video to lead you through the exercise.

My appreciation for this practice and its impact on so many issues that we all struggle with has led me to look at Buddhism off and on over the last 15 years.  I’m currently reading the Dalai Lama’s book about Happiness from about 10 years ago. It provides a nice overview of many concepts and highlights the goal of finding happiness in your life.

Freedom From Reliance on Attachments

I struggle with the part of the book that relates to attachment.

The Dalai Lama talks about attachment – to things, people, ideas, or memories – being something one must pull away from in order to be happy. I may have this wrong, but I interpreted this to mean that he believes overreliance on our attachments can make us unhappy. I’ve been a firm believer in Attachment Theory for many years. Briefly, Attachment Theory posits that when babies are born they develop and expand an innate connection to caregivers that provides the platform for emotional wellbeing. The work of John Bowlby and Mary Ainsworth seems ironclad.  But it is a theory.

Additionally, it hasn’t moved into adult relationships with as much empirical data supporting it. Of course we all are affected by our experiences in childhood, but while much research has borne out the effects of caregiver attachments on children’s behaviors and relationships, there isn’t as much clear evidence of specifically how those attachments impact us as adults.  Several good therapy models (Sue Johnson’s EFT is probably the most widely used) make sense and have good outcomes, but there are many factors that inform our connections in relationship as adults.

Research also indicates that the happiest people are those who are connected to at least one – if not several –  other people.  The Dalai Lama doesn’t suggest that we should be isolated. His message is clear: be open to all people, and all living, sentient beings.  So being connected to others is important for happiness; he simply warns against relying on our attachments to people as THE SOURCE of our happiness. That expectation is too much pressure on relationships to provide, and ultimately fails.

A Focus on Giving

I talk a lot about needs with clients: “are your needs getting met in your relationship?” A colleague of mine, Shira Galston, suggested recently that it may be just as important to look at your “gives” in a relationship.  She talked about the Hebrew word for love, “ahava,” being rooted in the word for give, “hav,”, and how this etymology mirrors the Jewish conception of love itself being rooted primarily in giving.  This is a tremendous idea for any partner to consider (excluding of course anyone being exploited in an abusive relationship). Of course we have needs. But maybe, sometimes, we focus too much on what we need to receive from our partners rather than on what we can give.

Bringing it All Together 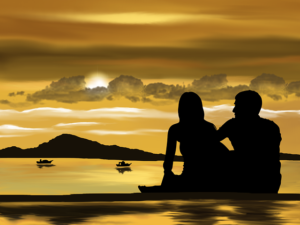 Maybe a formula for happier relationships could combine ideas from both these religious foundations: Don’t expect to have all of your happiness come from your attachment to your partner, and focus more on what you can give rather than lamenting what you don’t get.

Shifting beliefs and behaviors is hard. A mindfulness practice will make it easier to challenge your beliefs and try to make adjustments in your perception.  So try to do it 7-20 minutes every day. With practice and intention, you can ultimately move forward into a happier place, and happier relationships as well.

Josh Hetherington is a licensed Marriage and Family Therapist and the founder of the Northside Center for Relationship Counseling in Chicago, Illinois.