Why a post on therapy for women?  Is therapy somehow different for women than for men?  Do they face different issues?

The answer is yes and no. Certainly the problems we help clients with are universal: anxiety, depression, loneliness, heartbreak, self-control, self-esteem, and more. But often these manifest differently in men and women, just as recent research has shown that physical ailments, such as heart attacks, manifest differently in men and women. Our psyches are no less different than our bodies.

For instance, Terry Real has written extensively about how men often experience depression differently from the classic description of lethargy, lack of pleasure, etc.  He calls it “covert depression,” which may take the form of addiction, irritability, or violence rather than sadness, crying – in short, “overt” depression, which is indeed more commonly diagnosed among women. 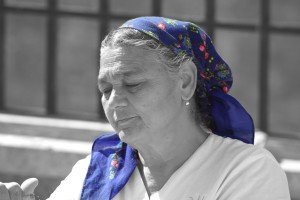 ition, cultural expectations affect us all – how we think, feel, and perceive the world. For example, in our culture, it is much more acceptable for men to display anger than for women.  A man who is angry is often seen as reacting justifiably; a woman who is angry might be dismissed as hysterical or bitchy.  Thus, many women have learned to internalize their anger and suffer in their relationships because they don’t know how to properly express it. (This may also account for women having higher rates of depression, which Freud famously described as “anger turned inward.”)

Note that this does not necessarily mean that women need female therapists and men need male therapists.  Rather, it requires therapists to understand the differences between men and women and to recognize their different needs.  A good therapist anyways understands that s/he has to put him/herself into the experience of another person which may be completely different from his/her own. That said, it is perfectly fair for you to choose a therapist of one gender or another based on your comfort.  If you are a woman looking to discuss issues of sexuality, for example, it might just be more comfortable for you to speak to another woman, and that’s totally fine.

So, yes, therapy for women and therapy for men are likely to be different, and it’s important for therapists to recognize that. At the end of the day, however, who you choose to be your therapist should be based on their competence and your comfort level, not necessarily their gender.

This entry was posted in Blog and Tags: depression, family therapy, relationships, sex Comment is closed now!
Our Spring Sale Has Started