A common dynamic that I encounter in doing marriage counseling is that one partner will want to convince the other of some aspect of him/herself and get frustrated/angry/hopeless when they can’t seem to do so. Let’s take trust for an example, in a relationship between hypothetical clients Martin and Tia. Let’s say that there has been a breach in the relationship – maybe Martin person cheated on Tia, or has been viewing pornography extensively (which Tia disapproves of or resents), or maybe it’s a different kind of breach, like a huge financial expense that he made by one party without asking or even notifying Tia, or a hidden gambling problem – anything that causes a major loss of trust in the relationship. So now le 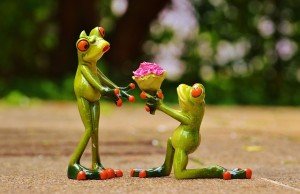 t’s assume that Martin acknowledges his wrongdoing and feels really bad about it. He is terribly afraid of losing the relationship, and he tells Tia it will never happen again. She feels a huge sense of relief, along with compassion for the man she loves, and she forgives him. But two days later, Martin finds Tia scrolling through his phone looking for new evidence. He is outraged. And so they decide the next day to call us up and come in for marriage counseling.

Here’s what I have to explain to Martin: he has engaged in behaviors that, by his own admission, were improper, and he has thus broken the trust that was given to him by his wife. For him to cease those behaviors (if indeed he is telling the truth that he has done so) is a singular decision – an intellectual shift. (If he has a deep emotional connection to the problem – a deeply involved affair, for example, or an all-out addiction – it is unlikely that he would be able to just stop overnight in any case.) For Tia, by contrast, there is an emotional shift that needs to take place. If all her life Martin has been a trustworthy person, and she believes that in this case he made a stupid mistake or had a one-time lapse, she may very well be ready to believe his apology and go on to repair the relationship. However, it is very likely that she will still experience the uneasy feelings of uncertainty and distrust. She may think she can just move on, but she finds herself almost obsessively searching through his phone a few days later. Why?

Making an intellectual shift can be done quite cleanly. We are much more in control of our heads than our hearts. When Martin said he would make a change, he may have meant it; he may be able to make good on it as well. But his actions have not done as much damage to the way she thinks about him as to the way she feels about him. And changing the way we feel on a dime is a different story altogether.

Thoughts and opinions change on the strength of arguments, proofs, and decisions. Emotions do not. When you watch a horror movie, you know you are perfectly safe, yet you still feel scared. Emotions change not on the basis of what you know so much as on the basis of what you experience. Tia will have to experience a trusting relationship again in order to truly feel that trust. Martin can facilitate this by providing those experiences – by calling home when he is running late, by allowing her to see his text messages or bank statement or Facebook page when she gets the urge, by picking up the phone when she calls – all the things that give her the experience and emotional feeling of trust. As the experiences build, her fear and mistrust will slowly fade away. But it’s a process; Martin’s expectation that she should “just trust me now” is unrealistic. She can’t do it; emotions live in the present, and until she has enough experiences to make her present reality feel different, the trust simply won’t be there.

Fortunately, there is a lot Martin can do to help along the process. But he will have to accept responsibility for his error by having patience and allowing the process to take its normal course.