It is commonly thought that adultery is a certain death blow to a marriage. After all, what could possibly do more injury to a relationship than an affair? It strikes us as the worst thing someone could do. Heck, it even made it into the Ten Commandments! I once heard a counselor say to me, “I can generally save any marriage, as long as it doesn’t involve adultery.” So it’s certainly a widespread perception, even among professionals.

The truth is, however, that adultery doesn’t have to mean the end of a marriage. This is not at all to minimize the severity of the offense; rather, it reflects the perspective that people are always capable of change. As I have pointed out in a previous post, it’s really not the act itself, whatever that was, that is the problem. The problem is that the partner who has been cheated on feels terribly betrayed. There is pain, anger, loss of trust, jealousy. But the intensity of these emotions does not have a strong correlation with the seriousness of the act – that is to say, partners of people who have cheated are liable to have severe reactions whether the offense was a full-blown sexual affair or whether it was “just” cybersex (again, see earlier post on sexting). Some spouses have much more mitigated responses, even in the face of extended, involved extramarital relationships.

This is because, as have I claimed, the offense is not in the act itself but in the emotional import of the act. The reaction to a broken trust is very dependent on how much trust there was in the first place! It also depends on many factors within the person and the relationship, such as the spouse’s emotional volatility, past experiences, optimism/pessimism, and more.

That said, all is not lost when a relationship is shattered by the discovery of an affair. If the violation of trust is the core issue, then trust can also be rebuilt. This, of course, is not a guarantee. First and foremost, it depends on the willingness of the betrayed spouse. Some spouses m 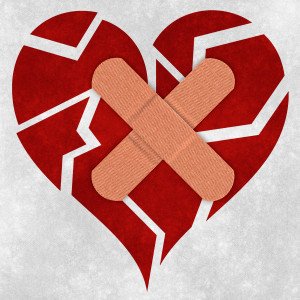 ay be willing to think about repairing the relationship (after a period of grief and anger, most likely). Others may simply decide to walk away from it (especially if it is a last-straw kind of violation). Nobody can make that decision except for him/her. This is an important point to remember for those who have committed the infidelity and who hope or expect that their spouse will “just get over it.”
Repair also depends on the spouse who cheated, primarily in whether he or she will take responsibility for his/her actions. Those who minimize the offense, blame their spouse, or throw out an apology and expect forgiveness are not in fact in a place to receive it.

It is not an easy path, but it is also not an impossible one. If you are struggling with a crisis of infidelity in your relationship, give us a call – we can help you through it, whether or not reconciling is in the cards.

Learn more about our services for couples dealing with an affair here.