The Best Gift You Can Give Your Children

The Best Gift You Can Give Your Children

When I get a call from parents seeking help with problems with their children, it is not uncommon that a large portion of the work actually needs to happen with the parents themselves. Unrealistic expectations, misguided parenting approac 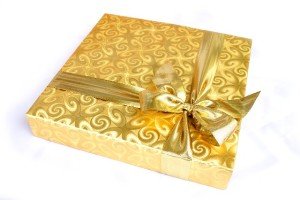 hes, personal problems, and other factors play into this a lot. One important element that needs to be considered is related to a point I make to many of these parents, and to many clients that come in for other issues as well, unrelated to their children, and that is: the best gift you can give to your kids is a good marriage. (This is an especially timely message for those of you wondering what to get your kids for the holidays – couples counseling for you will serve them much better in the long term than the latest i-Device. Really – I’m not just trying to drum up business!)

A friend of mine recently had the good sense to ask an important question about this principle, namely, “why?” Why is marital harmony so important for children? In response to this question, here is my non-comprehensive list of the top reasons that a good marriage is crucial for good parenting.

Routine is a vital tool in any parenting toolbox. Kids do best when dinner is at a predictable time each night, when bedtime follows bathtime, when the schoolbus comes at the same time (more or less) every morning. Most children (and not a few adults as well) do not handle it very well when life serves them the unexpected. But a household full of fighting promises exactly that. If parents are yelling at each other – even if they are generally calm towards the children – the children know that there’s always the possibility that they too will be on the receiving end of an angry reaction. Anger can be extremely frightening to children – even if you know no harm will come to them, they are likely to be experiencing a very real existential terror. (An important assumption of this entire post is that kids know when their parents are fighting. You may think they don’t, but they do. Yes, even your kids. Kids are incredibly, and often maddeningly, perceptive.)

Moreover, the specter of divorce looms large, more than ever in today’s society. Common or not, kids do not want their parents to divorce; they crave connection to both their father and their mother, and they lose something when one of the other is no longer around. (There are, of course, exceptions to this, where kids are actually better off without one or both of their parents, as in cases of abuse or neglect, or when children are a little older and the fighting between their parents is so bad that they recognize that a divorce would improve their living situation.) Furthermore, parents represent security to their children. Odds are your children have never seen you slay a monster, yet if there are monsters under thei

r bed, your presence is usually quite enough to put them at ease. I once heard advice dispensed to the father of children who were living in a war zone: he had asked how to answer them when they told him they were afraid, and he was at a loss, since the danger was all too real. He was told to respond to his children that he would protect them. Granted that he was really not able to protect them from the violence all around them; yet all the children needed was the reassurance from Dad. Thus, the thought that one parent might no longer be around is very anxiety provoking for children. You are their security. If you’re not around, who will protect them?

Now, although you may know that you are not abandoning your family over a fight about, say, who burned the toast, children cannot understand that anger, even intense anger, between parents does not mean the end of the relationship. This is because for a child, emotion is all-consuming. When a child says “I hate you” to a parent, s/he means it – at that moment. You could ask the same child whether s/he hates his/her parent perhaps 20 minutes later and the answer would be “of course not.” And s/he would be telling the truth. So when children witness or hear parents in a heated argument, they have no awareness that it could just blow over. To them, the fear of their parents splitting up is very real. And that can be tremendously destabilizing for a child. Just ask any teacher who has had a student develop behavioral problems and correctly guessed that a divorce was taking place at home.