Don’t Start Couples Counseling Before You Read This!

Don’t Start Couples Counseling Before You Read This!

If you are considering seeing a couples counselor/marriage therapist to address a problem in your relationship, there are a few things it’s vital for you to know before you jump in.

1. Be prepared to change

Many people come in to couples therapy feeling like their spouse or partner is causing the problem.  They ask their therapist, sometimes explicitly and sometimes implicitly, to “fix” their partner.  But more often than not, both parties will have to do some changing to make a difference in the problem.  Importantly, this is often true even when one of you is objectively doing something wrong. Shouting, putdowns, infidelity – nobody will argue that these behaviors are good or helpful.  However, a competent couples therapist knows that it’s not their job to pronounce judgment on who is right and who is wrong – as much as you might want to be vindicated, that rarely helps couples fix their problems or improve their relationship. Instead, we’re here to facilitate you as the couple getting the results you want, and that usually requires changes from both people in the relationship.

Let’s take an example: Let’s imagine that Marty and Vanessa are a generally happy couple, but every now and then Marty blows his top and yells at Vanessa, calling her names and saying mean things.  Those are certainly unhelpful ways of behaving in a relationship. One part of addressing the problem will be helping Marty to change these behaviors. Perhaps he needs to learn to bring up issues that are bothering him earlier on, rather than waiting until his frustration builds up and he loses his temper.  That is his responsibility.  At the same time, Vanessa may be able to work on the way she reacts to Marty’s complaints.  Maybe he has stopped approaching her with his issues because she shuts them down, or is critical, or ignores him.  Even though Marty’s yelling is unacceptable, Vanessa has a part she can play in changing the dynamics in their relationship.  Whether she is right or wrong, if she isn’t willing to make changes in herself, it is much less likely they will see an improvement in their relationship.

Note: there are certainly cases where one person really is the major problem and the other person has little or no power to affect the situation. These are extreme cases such as abusive relationships, people with personality disorders or severe mental illness, and the like.  Don’t assume you are in that situation just because you don’t like the other person’s behavior; on the other hand, if you think you are in an abusive or otherwise impossible relationship, do consider whether it is safe and appropriate for you to continue in it.  In such a case, we can set you up with individual counseling, which is a good place to start in order to figure things out.

2. It will take time 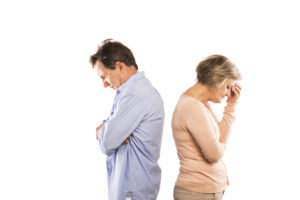 The problem you’re coming to counseling for almost certainly didn’t come up in a week and it’s not going away in a week either.  Even if the nature of the problem is immediately clear – and often it isn’t – making changes in the way you do things is difficult.  You’ve been doing things the way you do them for years and possibly decades.  The way you manage frustration, the way you convey appreciation, the way you approach important tasks – these are all patterns you have developed over time, and breaking a pattern takes time just as much or more so than setting it in the first place.

It’s for this reason that we usually see clients on a weekly basis.  Doing one very long session or one session several days in a row is simply not as useful most of the time as several sessions over several weeks. Between those sessions you’ll get a chance to reflect on the new ideas you may be learning and to try putting them into practice.  Like anything new you learn, it will take time.  You will succeed at times and fail at times, and having an extended period to try and fail and grow is an indispensable part of the process.

So, be prepared to invest in the process.  If you’ve been married for 15 years and have never addressed your intimacy issues, don’t expect that after two sessions things will be significantly different.  You will likely have to invest your time and money into this part of your life.  While both of those assets may be precious resources, it is helpful to remember that, as both research and experience tell us, the close relationships in our lives make the biggest impact on whether we are happy or not. Saving your money and your evenings for therapy instead of Netflix will likely make a big difference in your overall life satisfaction.

3. Couples Counseling is not a fix-all solution

As noted above, sometimes there simply isn’t anything you can do to improve your relationship.  When someone is willfully abusive and is more interested in controlling you than in relating to you, you are probably better out of that relationship than in it. Likewise, if someone is impaired in such a way that they can’t change their behavior, couples counseling won’t be very effective in altering it either. (However, for those who are committed to staying together, couples counseling may still be very helpful in learning how to accept and manage the problem together even if it isn’t going away, as in a case where one partner has, for example, bipolar disorder.)

In addition, there are problems you may be facing that need to be addressed outside of a couple context.  For example, if you are struggling with trauma – from past abuse, a rape, military experiences, or other traumatic events – that is something you will need to deal with in individual therapy.  Addressing your communication patterns is not the same as healing these deep wounds.  That doesn’t mean that couples therapy won’t also be helpful; but if you have trauma in your past, getting help for yourself is an important component. Similarly, if you have an active addiction, your relationship will continue to suffer from it so long as you do not get it treated. Don’t think that if you could just communicate better the addiction wouldn’t matter.  Addictions are lethal to good relationships.

Financial problems, medical problems, legal problems, and other such issues also can’t be solved with couples counseling.  Couples work can absolutely help you to deal with these issues as a unit, to learn how to talk about them constructively, to develop tools to solve problems as a team – but it can’t make those problems go away.  We can do a lot of good for your happiness in life, even in the face of these kinds of problems, but at the end of the day we are not accountants, doctors, or lawyers.

Couples counseling is an effective and powerful way to make the changes you want in your relationship and your life.  But coming into it with misconceptions and false expectations is likely to leave you frustrated, disappointed, and possibly worse off than before.  Take these ideas to heart before launching into marriage counseling/couples therapy, then get in touch with us and tell us what’s going on for you – we’ll be here to help you out whenever you’re ready.