Bariatric surgery and self-esteem are obviously intricately intertwined with each other. Most people who suffer from obesity naturally struggle with their self-esteem, especially in a culture such as ours where beauty and thinness have been entirely conflated and where photoshopped models grace every other 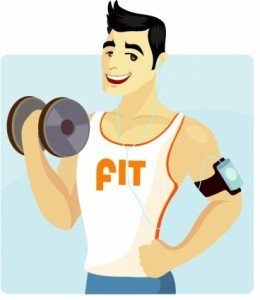 advertisement we see. It is certainly difficult in America to be overweight and still have a positive body image.

Additionally, people who are severely overweight frequently feel bad about their inability to control their weight or their eating. They have often tried innumerable diets, exercise regimens, pills, and other interventions which have all failed. They may have tried to cut back on their calories in various ways but have been unable to keep it up. Getting bariatric surgery is usually tried only after many other things have been unsuccessfully attempted.

People who have decided to get bariatric surgery are generally looking forward to feeling better about themselves, both mentally and physically. Certainly looking better will be a part of this. However, one has to be conscious of the potential pitfalls of the surgery and postoperative life.

While the improved fitness and appearance that can be expected after the surgery can improve a person’s self-image, some patients continue to struggle with seeing themselves as an obese person. They may be used to people’s reactions and stares and may continue to anticipate them. They may also simply lack the self-confidence, after years of feeling down on themselves, to go out and be confident in the way they had hoped.

Additionally, not everyone in the patient’s life will be cheering in their corner. While those that are close to the patient may be full of support and encouragement, others may be needlessly critical, unsupportive, and even jealous. Unpleasant social circumstances involving such people may unfortunately worsen a patient’s self-esteem rather than improve it.

If you are thinking about or have undergone bariatric surgery and self-esteem is an issue for you, consider seeking support from a professional.  Be in touch with us and let us know how we can help!

This entry was posted in Blog and Tags: mental health, relationships, support Comment is closed now!
Our Spring Sale Has Started